The French/German confusion may be attributable to the fact that the company originated in the Lorraine region, and like the Alsace district, over the last two centuries has variously been under the ownership of Germany and France as it lies in the border region between these two countries.

I have several Goldenberg planes, and became sufficiently interested in them that I began searching information from some French and German museums. As best as I can translate it (using my high school German and French), here is what I know about Goldenberg et Cie. (and Co.)…

Jean Guillaume (or, in German, Johann Wilhelm) Goldenberg (7 December 1778 to 18 February 1858), was born in Remscheid in Bliedingshausen, but for political reasons moved to Baerenthal in the Lorraine district of France (Alsace and Lorraine being the two districts between France and Germany which changed hands at times). There, from 1826 he was the Director of the iron works, which had been purchased by Jacques Coulaux in 1818. Goldenberg had great success in the development of this work and the improvement in steel production. As well, he improved the health of the residents by draining the local marshes and reducing the mosquito population, which served as a vector of disease.

Guillaume’s son Jean Gustave (Gustav Friedrich Paul Albert) Goldenberg was born on 10 May 1805 in Remscheid. In 1818 he went with his father in Molsheim. His career began in a small shop where side arms were manufactured. Because of a lack of factory orders, he used his metallurgical knowledge for the manufacturing of tools, and in 1835 he founded his first factory in Dorlisheim in Alsace. This was followed, two years later in 1837, by a second factory in Zornhoff in Saverne. Initially, only files were made, but later the product line expanded to include general tools, saws, coffee grinders, agricultural equipment and plane irons. The first catalogue was published in 1838.

In 1850, the company began operating under the name ‘Goldenberg et Cie’ [Goldenberg and Co.] Mention of the company was first made in the “Official Report on the Industrial Exhibition of all nations to London in 1851”, in the section on French participants at the exhibition. The record indicates that G. Goldenberg et Cie., a large establishment at Zornhoff near Saverne in Alsace, produced “hardware and edge tools”. Goldenberg et Cie. sent an extensive collection of different tools to the Exhibition, for which they received a medal for their saws and tools.

Starting in 1893, the first full planes were produced in Tronville.

In 1897 there was a large fire at the factory in Zornhof. Within two hours, almost a half million [Marks] of equipment was destroyed. The fire, whose origin was unexplained, began in the polishing studio. Of significance, it destroyed the smithery where the valuable machinery was located.

In 1924, the two parts of the company in Tronville and Zornhoff were merged into one entity, the “Former Companies Goldenberg et Cie”.

Between the world wars, the sale of tools waned because of competition with Peugeot and the increasing presence of American tools.

In the 1970’s, Goldenberg and the tool portion of Peugeot entered into a cooperative agreement and formed the company SICFO (Société Industrialist et Commerciale Française d’Outillage) [French Industrial and Commercial Tool Company]. In 1986, SICFO was purchased by the British arm of Stanley.

From beginning production in 1835 until 1893, only the plane irons bore the company’s mark. The trademark consisted of the name, an eye, or “Zornhoff” with a zig-zag. Later, the name Goldenberg was accompanied by one of three characters to denote the quality of the steel, the best being marked by the eye and the others by a hand or a swan. Beginning in 1893, the plane’s body was stamped with ‘Goldenberg’.

There were two production lines of planes, one for domestic use and one for export. The export line was made of hornbeam and had a nose with a rounded shape (very similar to the planes of John Weiss & Son). As well, iron planes were made for the British market. Shortly after World War II, the iron was stamped ‘Goldenberg Acier Chrome’ [chrome steel], the body was marked according to the wood type, and included a medallion bearing the mark Zornhoff 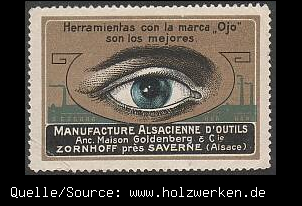 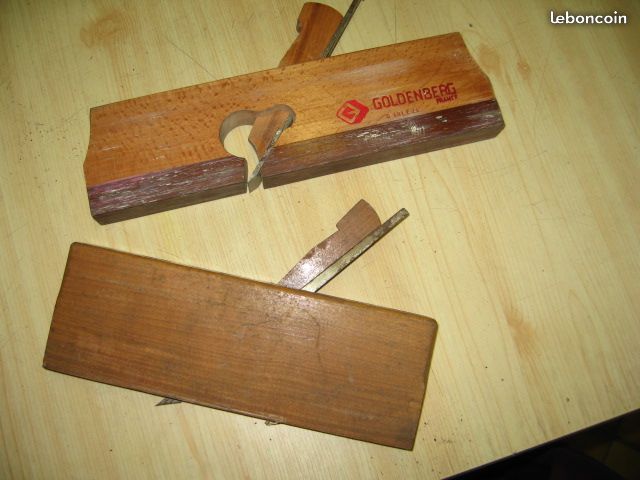 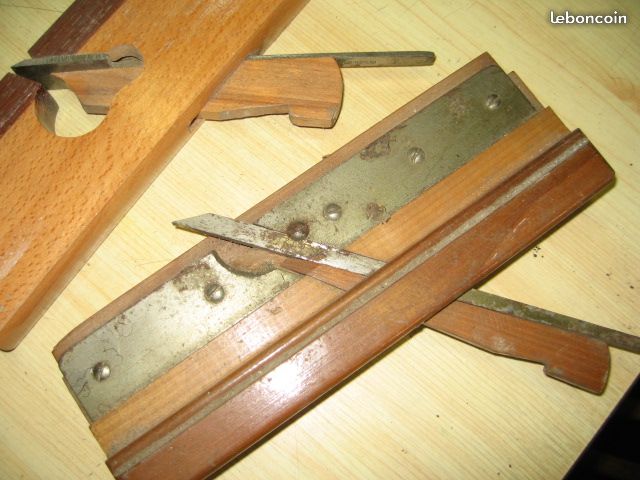 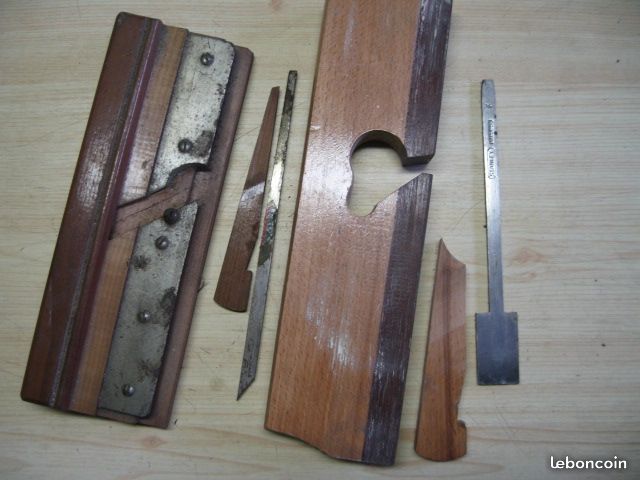 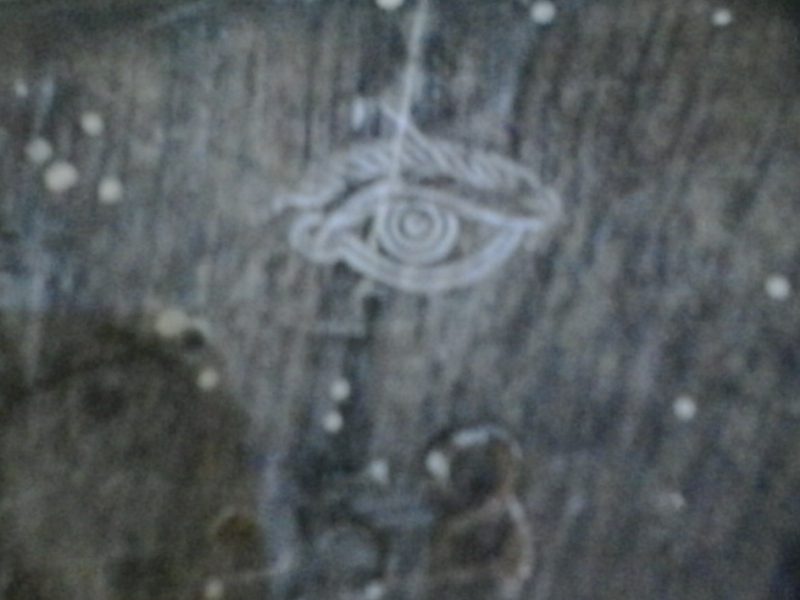 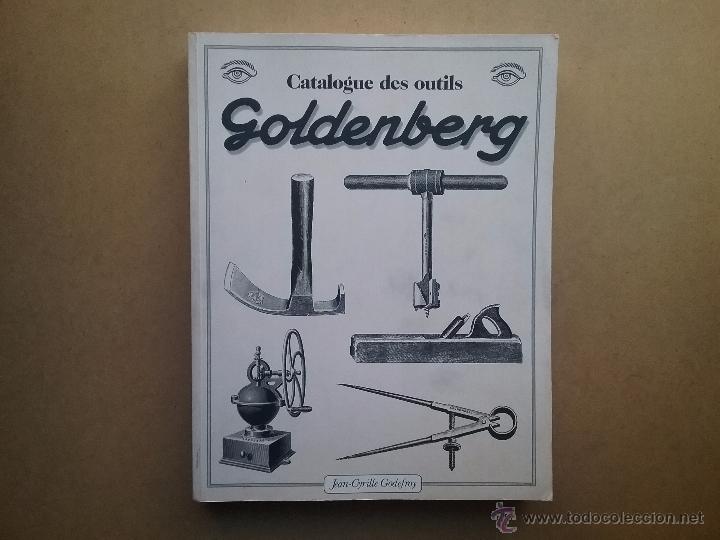 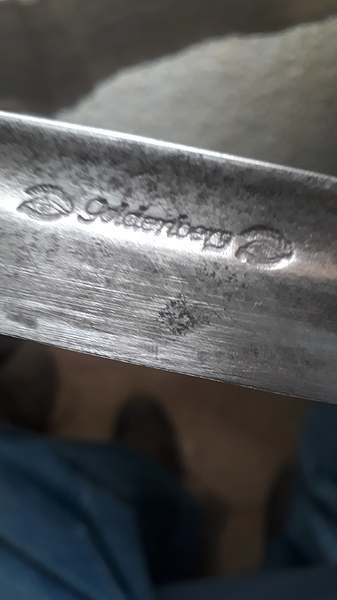 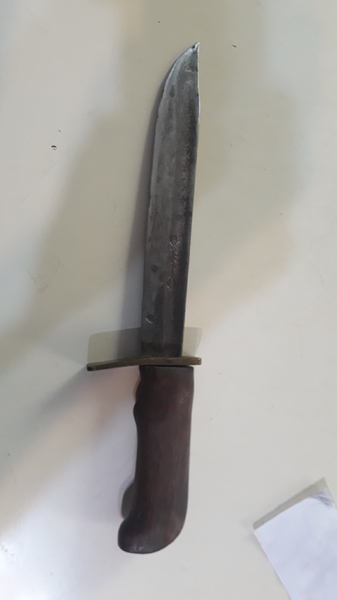 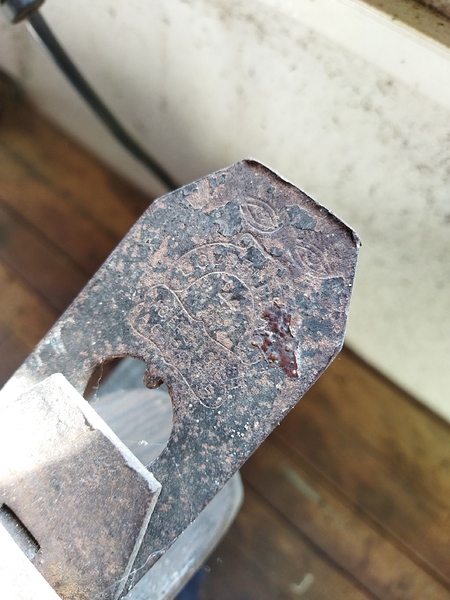 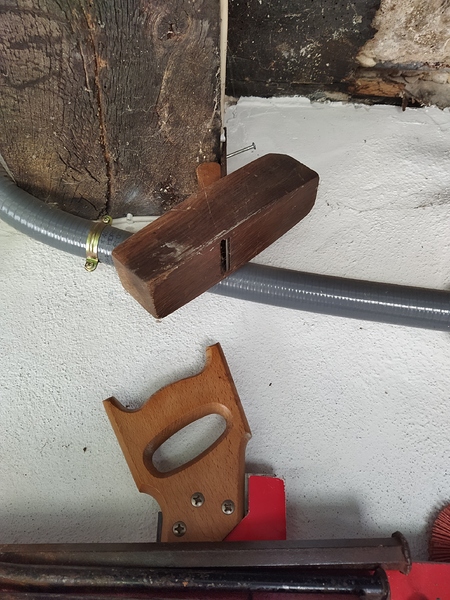